The way we farm is broken. Our system is broken. We've gotten so out of touch with the interdependencies of nature that we try to support it all externally, with our "ingenuity". The fact is, as Janine M. Benyus discusses in her book "Biomimicry", Mother Nature has gone through the same problems as we have and has had much longer to come up with innovative solutions. Fortunately for us, this field, known as Biomimicry, has gained traction in the past decades.

Good systems are net neutral. They don't rely on tending or external additions, they thrive based on the system itself. The problem is that everything we know has strengths and weaknesses, people, plants, animals, insects, companies, countries and ideas. We pride ourselves in tempering these weaknesses or find ways to artificially support it. However, naturally, there, almost always, exists another plant, person, country or company where our weakness is their strength and our strength their weakness. If you don't find it in one, maybe a group are mutually beneficial. Cooperation is the soul of nature.

Cooperation is the soul of nature.

Currently we farm in what is known as monocultures ("mono" meaning one, "culture" meaning species). This exposes the weaknesses of one species which we try to compensate for with fertilizers, pesticides and herbicides. Our farms, therefore, deplete the land, erode the soil and poison the water only to be done again the next year. We deplete the land by needing the same nutrients each day and year. We erode the soil by keeping our rows spaced out to minimize pest infestations, which allows sunlight to dry our our valuable topsoil and rains to wash it away. And we poison our water supplies by using harsh chemical pesticides and herbicides as well as fertilizers which seeps into rivers, lakes and our communities groundwater. Sadly, as Janine notes in her book, this isn't working:

"Since 1945, pesticide use has risen 3,300 percent, but overall crop loss to pests has not gone down. In fact, despite our pounding the United States with 2.2 billion pounds of pesticides annually, crop losses have increased 20 percent."  - excerpt from Biomimicry by Janine M. Benyus

There's a better way. Janine, as well as folks all over the country, suggests a system called polyculture ("poly" meaning many, and if we remember, "culture" means species). This ensemble of cultures would be modeled on whatever natural system used to thrive in our lands. For the farm basket of America, this would be Midwestern prairies.

Prairies? You want me to get my food from prairies? I know, it sounds weird, but if done right, prairies can actually provide more food per acre than we currently grow, use little to no fertilizer, leverage diversity to thwart off pest infestation and shade to overwhelm unwanted weeds and best of all, it survives each year, sustainably, without the need to plant new crops.

That's great and all, but, I eat food, not flowers! Well, the word "prairie" is only used to name the model we're after. It could, through the same concept, also work for jungles or forests. Prairies grow upwards of 250 species which would be a hassle for farming. To tackle this, some fine folks at a place called "The Land Institute", studied the way prairies work. They looked at their composition and why those compositions worked and set out to find an ensemble of perennial plants that could work like a prairie.

The problem was that conventional thinking posited that perennials were perennials for the fact that they don't seed as much and spend most of their energy below ground building roots to last the winter. This, in fact, turned out to be false. There were some perennials that could bridge both worlds and given years of domestication, these perennials would be bred and chosen for their seed yield. Slowly but surely, "The Land Institute" and others assembled their orchestra of seeds and built test farms around the country. Though the tests were successful, we sadly don't see many of these farms around much today. While, technological innovations can sweep the nation in the span of a year, agricultural innovations take decades.

Unfortunately, innovations in our modern agriculture tend to be geared towards bigger, better (more expensive machinary), stronger pesticides or herbicides and seeds that resist these killer chemicals even though humans sure can't. Each of these innovations actually rob the farmer and their communities of the income (and health) they so deserve. In fact, while we taut our modern agricultural system, growing crops is now more expensive than ever. Where it used to cost $1 to harvest $4 worth of food, it now costs $2.70 for the same $4.

Where does this money go? Instead of staying in the pockets of the farmers and their communities this money goes out to the seed distributors, fertilizer creators, pesticide and herbicide companies, lawyers and the like. Seeds that can no longer reproduce (and if they can, aren't allowed to be saved), so they have to be bought every year. Seeds that are more resistant to herbicides and pesticides so farmers can spray more, creating weeds and insects that are more resistant so farmers HAVE to spray more. Fertilizers that sustain an unnatural system, but can be provided for free through the roots and sheddings of a polyculture. Lastly, poisoning the land and water so that farmers and their communities attain insurmountable health bills (more on that later) that drain the last few resources and wealth within these towns and communities. Turning farming, an idea that is synonymous with health and abundance, into the complete opposite.

Luckily for us, a system has been investigated to solve these problems and return our lands, farmers and their communities to health and abundance. A slowing rising tide of agricultural biomimicry that is sure to be the future of farming. A style of farming that stops fighting nature and embraces it. A system that is based on cooperation instead of isolation. A system that returns the pride that farmers used to have in making something out of nothing. A pride that came from an uncanny knowledge of their land, it's inhabitants and the weather, from the fact that the world was sustained by you; children grew tall, strong and healthy because of your work. And from your knowledge, the earth will too.

If you've lived around the two-lane highways of Charlottesville, Virginia, you're probably intimately familiar with the conga-line of cars that regularly materialize in the left lane, known as the "passing lane".

You're probably asking, "what's the rule?!" It's quite simple really; provide your body a minimum of 16 hours of rest from digestion after your last meal before eating again. You won't believe the results. 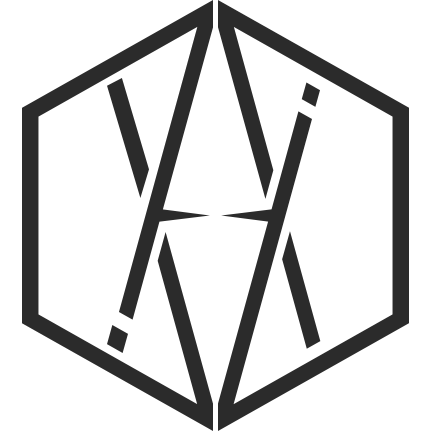 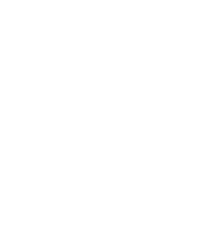